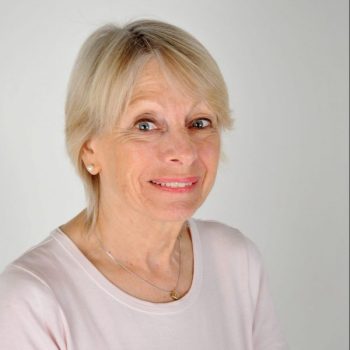 Lynne discovered Vertical Reflexology Technique (VRT) while working on mobility problems associated with older people. She has subsequently developed and extended this technique to cover all age groups and most conditions. Lynne has run a reflexology clinic at the St Monica Trust, Bristol: a residential care home village with sheltered and full nursing care for older people, for 25 years.  For the past 15 years she also worked, as a reflexologist, alongside the medical team of a professional Championship football club. She took part in an iBSc research project with a London university medical student in 2016 to investigate the potential uses and efficacy of reflexology in a professional football club.

In June 1998 Lynne presented at the inaugural ART conference in London, where she was awarded an Honorary Fellowship for services to reflexology. In 2008 the Association of Reflexologists awarded her an Honorary Fellowship for her contribution to the science of reflexology. Lynne received recognition from the Institute of Complementary and Natural Medicine (ICNM) for its ‘Outstanding Contribution to Complementary Medicine’ in 2011. Lynne has also received Honorary Fellowships and in 2018 was awarded the prestigious ‘Excellence in Reflexology Innovation’ Award by the Association of Reflexologists.

Lynne has also developed VRT Nail-working treatments and mapped out reflexes on a grid system on the nails. These methods form part of the VRT Hand and Nail-Working course. Knowledge of VRT is a required component on many professional accredited reflexology diploma courses. Lynne and VRT tutors regularly run courses internationally  and she has made nearly 70 tours to teach in South Africa, Japan, USA, Australia, Canada, Jamaica and Dubai to name but a few. She has presented at, and attended,  at nearly 20  international conferences including the UK, Finland, Denmark, Jamaica, South Africa, Eire and USA and was the keynote speaker at Australian and Canadian reflexology conferences.

Lynne has written a best-selling book, Vertical Reflexology, published by Piatkus Books in September 2000. In the first year of publication it was one of the 20 Daily Telegraph’s complementary books of the year. Vertical Reflexology for Hands was published in June 2003.  Both books are still in print and have been reprinted many times. They are translated into Dutch, Russian, Czech, Portuguese in Brazil, Japanese and Estonia.

Lynne and appointed VRT tutors are engaged in running seminars in the UK and internationally, where her accredited award-winning techniques have been taught to over 10,000 qualified reflexologists. Click here to listen to interviews with Lynne.

See details of other VRT tutors