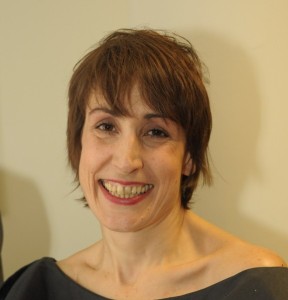 Aliki was born in Melbourne, Australia to Greek parents. She started her working career as a care worker with the intellectually disabled. In 1992 she moved to Europe, lived and worked in Greece and Italy before moving to the UK in 1999 where she trained in Holistic Therapies completing the VTCT Diploma in Holistic Therapies– Reflexology, Massage, Aromatherapy and Diet & Nutrition.

In 2004 she moved to Barcelona, Spain and keeps her connections with Spain since she recently moved to Zakynthos, Greece. In 2005 her passion for reflexology led her to become actively involved with EDiREFLEX, Association for the Study and Diffusion of Reflexologies in Barcelona, Spain.

In 2006 she became secretary of EDiREFLEX and in 2011 she was elected as President of the Association.

Aliki has worked as a therapist since 2001 and became an accredited tutor of VRT in 2011.

Aliki teaches in Spain and Greece.