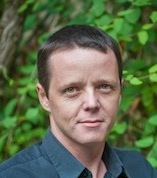 Lilian began his studies in alternative medicine in 1992 by learning the Eutony method of Gerda Alexander, then studying Kinesiology for three years.

In 2004 he decided to become a therapist and chose reflexology as subject. He joined the I.I.R. in France (Original Ingham Method) and soon became assistant lecturer. After several collaborations with Dwight Byers, he became an IIR trainer.

He teaches the Ingham method in Spain. At the same time he follows the advanced courses of Tony Porter, Lynne Booth, Jan Williamson and Guy Boitout. Following several collaborations with Lynne Booth in France, England and Spain, he became a VRT tutor for France in 2011.

Lilian’s practice is in Toulouse, in the south of France.