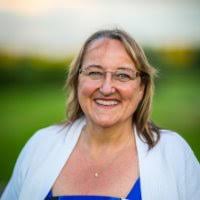 We are really lucky to be having the UK Reflexology Conference happening this year on March 2 – 4 2018. This is a great event that I am sure lots of people feel very lucky to be attending, especially as the tickets sold out so quickly. There will be 15 international speakers who will be sharing their knowledge and expertise over three days from subjects varying from research results, pain management through to fertility and child care.

It seems quite incredible to me that this conference is happening and that it has turned out to be a really big event. We actually started from a very short conversation with my sons!

I was aware that I had a desire to attend a conference in the UK as I’d been to so many conferences myself in other countries and felt that we were missing out by not having one in the UK.

One Sunday afternoon I was looking at a photograph of some lighting that my son had done in support of the school where he works. It just shone out to me as being really beautiful. My son had used the lights belonging to his brother and so on this quiet Sunday afternoon I told the boys how much I appreciated the beauty of the lighting and that any conference would indeed be enhanced by such lighting. They suggested that they would offer their services next time a conference was held in the UK and I said that there hadn’t been one that was for UK reflexologists since about 2004! It was then that they both said (in unison) that maybe I should host one!!

I must admit the thought of hosting a conference at the time was extremely shocking and I didn’t think that one individual would be able to do such a thing however I contacted some speakers that I know in reflexology and asked them “if I put on a conference, would they be willing to speak?” and within 6 hours the main speakers for the conference were agreed. We arranged a location and hoped that we would get a reasonable response and were totally surprised and delighted at the volume of genuine interest. The response meant that we were able to extend the opportunity to speak at the conference to further speakers and ended up by reserving the whole conference facility at the Hotel.

What an honour it feels to be part of this great event where people are going to be all together in a like-minded, positive and supportive way.

Our team have worked daily towards the event as we want to make it the best conference that we can. It is our intention to create an opportunity for reflexologists to come together and share the mutual love and respect of reflexology. It’s an opportunity for people to get to know each other as maybe people have met through social media but haven’t actually met in person and this is their chance to do that. It’s a chance to learn about new information and hear different views on a subject that we hold dear. It’s a chance to watch techniques and approaches and add to our existing reflexology repertoire.

I’ve been involved in helping people through healing and the delights of reflexology for nearly 30 years and have seen an incredible growth and expansion plus changes in the field of reflexology. This conference is our chance to pull together and use our collective unity to build strength and then be able to share that back out into the world.

We have some superb speakers who will be sharing such a wide range of information from recent research, treatment protocols, reflexology routines plus foot reading, esoteric and metaphysical information. Everybody will be contributing their best during this three day event. We are also fortunate to have a large number of vendors who are providing an opportunity for people to browse and buy a very wide range of health-related products. We also have speakers and delegates travelling in from all over the world including USA, Canada, Australia, Spain, and Israel. We feel very lucky to have had this opportunity to put this event together and we really hope that everybody has a thoroughly enjoyable, rewarding and lovely time.

The theme of the conference is “Colours of Reflexology” as a reference to the fact that all of us having separate skills and knowledge. Each colour is valid and makes the rainbow. No colour is left out, or is better than another. We all contribute to the whole.

Here’s to a great conference